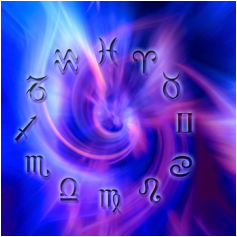 January 7 – Jupiter Retrograde.
Transit Jupiter goes retrograde soon after the New Year January 7, 2016. Jupiter brings us benefits and when it goes retrograde it can bring excess. Jupiter is in the sign of Virgo which rules diet, exercise, health and pets as well as those who work with us. Be extra careful of picking up illnesses; keep your immunity strong with good diet and exercise. Previous methods to deal with these health issues may no longer work.

March 8 – Solar Eclipse.
A Solar Eclipse occurs on March 8, 2016 at 19 degrees Pisces. Pisces is a water sign and rules fluids of all types, medications, alcohol, dreams and ideology. The emphasis now will be on water and pharmaceutical companies. There could be an increase in storms and flooding.  It is also a sign that can bring confusion, leading people into the downward path of consciousness-altering substances such as drugs and excessive alcohol, etc., or – at a higher level Pisces is the sign of Spirituality, love and creative imagination. It is our choice.

March 16 – Jupiter trine Pluto.
Transit Jupiter makes a positive trine angle to Pluto on March 16, 2016 and again on June 26, 2016. This is a good time for governments or those in authority and indicates positive expansion in some way.  Depending where these planets lie in your own chart, it can be a powerful and expansive time for you also.

March 23 and May 26 – Jupiter square Saturn.
There is a difficult transit Jupiter squaring Saturn on March 23, 2016  and again on May 26, 2016. Jupiter is the planet of expansion andSaturn of restrictions. Unlike the above transit, there can be difficulties with government, those in authority etc. and for you personally as you wish to expand things in your life, but it feels as if the breaks are on. Use your intuition to take the correct, thoughtful and wise steps forward..

March 23 – Lunar Eclipse.
A Lunar Eclipse occurs on March 23, 2016 at 3 degrees Libra.  Lunar Eclipses are more emotional than physical  in nature so you will feel the need to find balance in relationships with others.  There may also be difficult weather involving winds at this time.

April 17 – Pluto Retrograde.
Transit Pluto goes Retrograde on April 17, 2016. This is another time of review and this may affect global markets. In your own chart it represents your personal power which may need reviewing honestly and assessing how you use this.

Transit Jupiter goes Direct on  May 9, 2016. Jupiter brings good luck and opportunities. To use this energy in the best way, accept opportunities that come your way around this time.

June 13 – Neptune Retrograde.
Transit Neptune goes Retrograde on June 13, 2016. This energy is about having to revise your dreams and expectations.

June 17 and September 10  – Saturn square Neptune.
Transit Saturn makes a difficult connection (square) to Neptune on June 17, 2016 and September 10, 2016. Saturn rules regulations, limitations and  those in authority. Neptune is about dreams, ideology, spirituality and the need to escape. With this energy, you may feel like fleeing from restrictions in your life, and this can bring conflict worldwide. On a positive level, you can with patience turn your dreams into reality.

July 29 – Uranus Retrograde
Transit Uranus goes retrograde on July 29, 2016.  This will be a time for review and look honestly to see if your ideology really adds up. You may have to make revisions.  There could be unpopular changes  on the Internet that could stir people up worldwide.

August 13 – Saturn Direct.
Transit Saturn goes Direct on August 13, 2016. It’s a good time to think realistically and plan; to work rather than dream. Governments and authority figures will make decisions regarding important regulations designed for the greater good but they could be unpopular. This will be a time that Governments and those in authority will decide if more or less is required. Any rules or regulations they had constructed during the Saturn retrograde period may now be put into place.

September 1 – Solar Eclipse
A Solar Eclipse occurs September 01, 2016 at 9 degrees Virgo. Virgo rules health, diet, exercise, pets, those who work with and for us, discernment and service that we do for others around us. This is a good time to review and improve your diet and to decide to give some of your precious time in service to others – the true Spirituality!

September 16 – Lunar Eclipse.
A Lunar Eclipse occurs September 16, 2016 at 24 degrees Pisces. Pisces is a water sign and rules fluids of all types, medications, alcohol, dreams and ideology.  The emphasis now will be on water and pharmaceutical companies. There could be an increase in storms and flooding.  It is also a sign that can bring confusion, leading people into the downward path of consciousness-altering substances such as drugs and excessive alcohol, etc., or – at a higher level Pisces is the sign of Spirituality, love and creative imagination. It is our choice.

September 26 – Pluto Direct.
Transit Pluto goes Direct on September 26, 2016. You can come into your personal power in a positive way if you have made the necessary changes deep within. Now is the time for Governments and those in authority to move forward with plans.  Interest rates may increase now but this could cause a downturn in global markets.

November 19 – Neptune Direct.
Transit Neptune goes Direct on November 19, 2016. Don’t be afraid to move forward with your good ideas and dreams for a better life – and better world.

November 24 – Jupiter square Pluto.
Transit Jupiter is making a difficult angle – square to Pluto on November 24, 2016. This energy can represent religious intolerance and fanaticism. In your own life, be open to new ideas and be tolerant and respectful of others to avoid the potentially difficult aspect of this powerful connection of Pluto and Jupiter.

December 24 – Saturn trine Uranus.
Transit Saturn makes a beautiful trine to Uranus December 24, 2016. Now your brilliant ideas can be made into something useful and practical – if you put in the work. We may see some brilliant ideas revealed on the global scale. It is a time of greater freedom and joy which may enjoy the holiday season.

December 29 – Jupiter opposes Uranus and Uranus Direct.
Transit Jupiter is opposing Uranus, and also Uranus goes direct on December 29, 2016. This is a revolutionary aspect but can bring increased humanitarian efforts and real change.  In your own life, it’s about keeping balance so that you can achieve the change you want.